Written by medievaldragon on April 18, 2014. Posted in Hearthstone: Heroes of Warcraft, Uncategorized

Blizzard has just announced the Hearthstone Poster Contest. Join up and win an iPad Air™

Ready your paintbrushes and sharpen those pencils (digitally, of course), because we’ve got a Hearthstone poster contest that may just be right up your alley! Source

We’re challenging all artists out there to come up with your best idea for a Hearthstone on iPad® propaganda poster. If you were to show off all of the fun of being able to play Hearthstone on the go and wrap it up into a poster-sized package, what would it look like? What would really grab people’s attention if they saw your poster on the street? Would you suggest that the masses OBEY . . . and play another round of Hearthstone on the iPad? Or would it maybe include pictures of adorable murlocs running their cute little three-fingered hands over an iPad screen? The possibilities are only limited by your imagination!

Participants must design and create their own poster, themed to promote Hearthstone on the iPad in a funny, serious, or other attention-grabbing way—it’s up to you! Poster submissions need to be at least 1024×768 and no bigger than 5MB. Entries limited to one per person. The contest will run from April 17, 2014 to May 15, 2014, and top selections will be made by a panel of Blizzard judges. These top entries will then be uploaded to the Hearthstone Facebook page, where the player community will get to decide which poster they think has the most Hearthstoney goodness. The top three posters with the most “Likes” at the end of the voting period will win an iPad Air™!

Looking for some inspiration? We’ve crafted a poster as an example below. Go forth and create a beautiful masterpiece of your own! 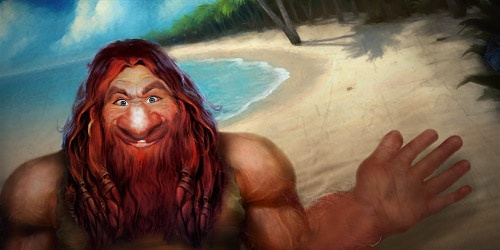