Written by medievaldragon on October 1, 2014. Posted in Hearthstone: Heroes of Warcraft, Uncategorized

Pirates set sail and left up to the Headless Knight take his place on Hearthstone. Now during this season players will fight to get a pumpkin based card back. So don’t be scared… fight to the death!

The seventh official Hearthstone Ranked Play Season is now live—and we’re unveiling a new card back you can add to your collection!

Beware! Wisps, wraiths, and ghastly ghosts alike can float up the Ranked Play ladder to earn the hauntingly beautiful Hallow’s End* card back! You can only earn this card back by playing Hearthstone during the month of October. 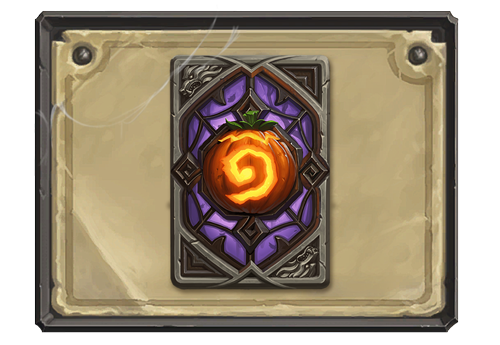 BOO! Don’t be scared – pull yourself together and battle your way up the Ranked Play ladder with our seventh official Ranked Play Season, Hallow’s End, running through the month of October!